It is important to use a wired or built-in Apple compatible keyboard for the startup manager to work.

The Option key is located on the image below (and is sometimes labelled ALT): 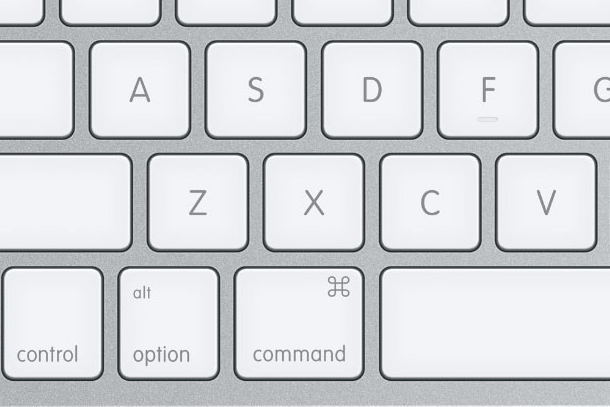 For Macs that are over 4 years old, if you have not replaced the PRAM battery or capacitor, sometimes even the Startup Manager won't work.   To verify this is not a problem, find a disc that is known to work in another computer that is of the right age for use for your computer, and see if it works.  Discs do deteriorate with time, and so do optical drives.  Not all optical drives are built the same.  A new one from http://www.macsales.com/ or http://www.mcetech.com/ can be sure to work.

If you have a iMac, PowerMac G3, G4 (Cube included), or G5 with Firewire, or some USB only Powerbook G3, Mac Mini G4, or iBook G3 or G4 with Firewire (links to tip to identify your Mac), read the top of this tip, otherwise go to the Intel section of this tip:

The Startup Manager, which became available at some point just before the Powerbook G3 Firewire (a.k.a. Pismo or 2000) was released,

offers an alternative means of booting discs to the 'C' key that often works when the 'C' does not.  The rear of the Powerbook G3 Pismo looks like:

The pre-G3 Powerbook Pismo was known as the Lombard (or Bronze Keyboard) and had a 30 pin SCSI and a USB port on the rear.

All silver colored Powerbooks support it.

All iMac with Firewire support it.

All iBook with Firewire support it.

All Mac Mini support it.

All eMac support it.

On PowerPC Macs above you select the disk and hit the right arrow as shown below.  If you attach or insert a bootable disc, click on the curly arrow shown below to refresh what's available:

On Intel Macs, the startup manager also boots with the Option key, but it looks like this.  The refresh is automatic when you add a new one device that is bootable.  Select the arrow and then the disk to boot it:

Macs will not boot an older Mac operating system than shipped with them.

Most PowerPC Macs do not support booting Mac OS X from USB.  There are tricks to make it work, but better to go with Firewire for booting PowerPC Macs externally.

The formatting of the hard drive before installing the operating system is key.  This user tip explains formatting limitations more.